Oculus founder makes headset which can kill you, in celebration of Sword Art Online 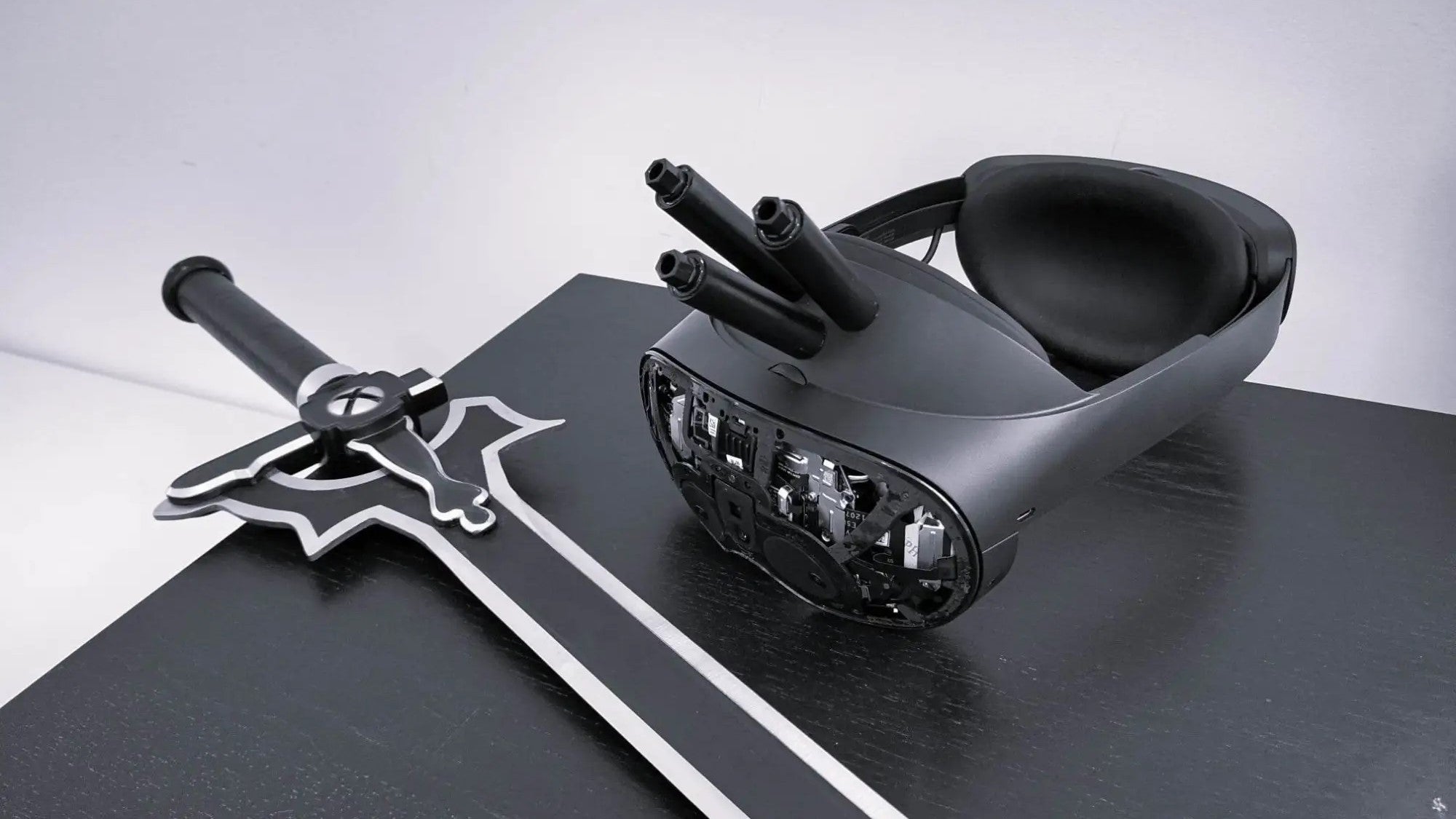 Palmer Luckey, founder of Oculus VR and creator of the Oculus Rift, has designed a new VR headset to celebrate the popular light novel and anime series Sword Art Online which can also kill you.

The plot of Sword Art Online revolves around a massive multiplayer online role-playing game in VR, which is played using a headset called the NerveGear. A number of players get locked into the game and the NerveGear can’t be removed whilst a player is still online. And (spoiler alert) it’ll kill a player in real-life if they die in the game.

Luckey revealed his own version of this headset, named the OQPNVG, in a blog post on 6th November, to coincide with the day the events of Sword Art Online begin. (@SAO_IRL on Twitter is dedicated to broadcasting the events of the series as if it was actually happening, if a murder headset isn’t enough realism for you.)

In his blog, Luckey claimed Sword Art Online led to huge interest in Oculus, as the anime adaptation aired at the same time the Rift “went from internet forum curiosity for turbonerds to siren of the games industry”. Combine with Luckey’s own interest in the series, and somehow the next logical step was to create a real-life version of the NerveGear.

“The idea of tying your real life to your virtual avatar has always fascinated me,” Luckey wrote. According to Luckey, “only the threat of serious consequences can make a game feel real to you and every other person in the game”. The OQPNVG uses three explosive charge modules mounted to the headset rather than a microwave emitter like its fictional counterpart. When fired, the charges will destroy the brain of the user.

Luckey’s OQPNVG has a ways to go before it can be considered a “true” NerveGear. It is incapable of supporting a fully interactable VR world like that of Sword Art Online’s. However, that is perhaps the least critical issue with it.

In 2014, Oculus VR was bought by Meta (then Facebook). Luckey left Meta in 2017 and went on to found Anduril Industries, a company specialising in defence and weapons. Anduril has several contracts with the US military and its allies, including the UK Ministry of Defence and the Australian Defence Force.

Luckey mentioned the explosive charges attached to the OQPNVG are usually used in a different project, likely referring to his work on military weapons. It’s possible OQPNVG stands for “Oculus Quest Panoramic Night Vision Goggles” or a similar acronym representing the military origin of the tech.

He stated he has plans to add anti-tamper mechanisms that make it impossible to remove or destroy the headset. Luckey cited the “long history of real-world sports revolving around similar stakes” as a reason why equating virtual and real lethality in games should be explored.

The OQPNVG has not been tested out (thankfully). Luckey admitted he hasn’t drummed up the courage to put it on thanks to a “huge variety of failures that could occur and kill the user at the wrong time”. Luckey added his design is the “first non-fiction example of a VR device that can actually kill the user” to his knowledge, but it may not be the last.

“This might be a game, but it is not something you play.”

To commemorate the Sword Art Online Incident of November 6th 2022, I made the OQPNVG, the first virtual reality device capable of killing the user – if you die in the game, you die in real life.https://t.co/F3nkP5EU61