Destroyed Ukrainian airplane, the world’s largest, to live on in Microsoft Flight Simulator

What we've been playing 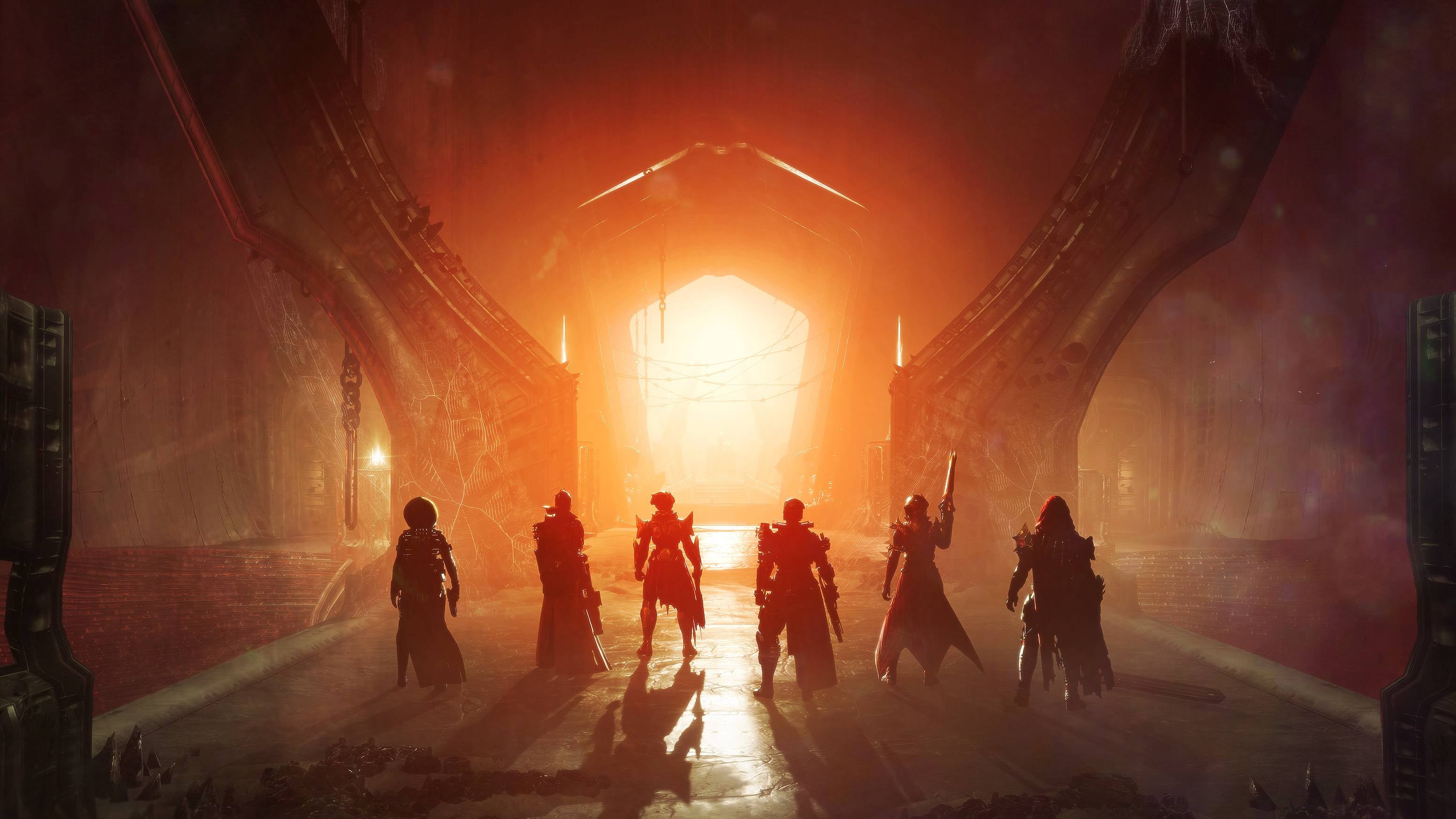 Hello! Welcome back to our regular feature where we write a little bit about some of the games we’ve found ourselves playing over the last few days. This time: Doomlikes, classic raids, and Kevin Costner.

If you fancy catching up on some of the older editions of What We’ve Been Playing,
here’s our archive.

Ripping and tearing my way through the original DOOM games was easily some of the best gaming experiences of my youth. That series has some of the most memorable weapons to have featured in a video game and they’re a joy to use, but DOOM 2’s Super Shotgun felt especially amazing. I can still hear the incredible ‘BOOM’ it made as it fired, and that super satisfying trio of clicks that it made as new shells were loaded into it. The best bit though was the way that any hellspawn unlucky enough to be stood right in front of the barrel would just burst into gibs as soon as you pulled the trigger. It delivered such stupidly incredible carnage, it was overexaggerated, amped-up annihilation and up until recently, it felt like one of the most powerful video game guns I’d ever fired.

But that was before I played Prodeus.

Prodeus wears its DOOM inspirations on its sleeve, it’s not ashamed to be mimicking one of the greats and indeed, its developers seem to be totally attuned as to what exactly it was that made the old-school DOOM games so special. The POWER! You’re not trapped in there with demons, they’re trapped in there with you, etc, etc!

And don’t get me wrong, there are countless moments in Prodeus that make you feel powerful, but there’s one moment in Prodeus that sticks in my mind over all others and that’s the first time you get to lay your hands on the Minigun. It happens early on in the game, during the ‘Research’ level, after you’ve liberated the weapon from the cold dead hands of the first Heavy Minigun Zombie you meet. As this huge gun appears in your hands a small platform begins rising up at one end of the room, unleashing a horde of zombies that march towards you in a tight bunch. With a squeeze the trigger the barrel of the gun starts spinning, leaving you with a couple of seconds of panic as nothing at all happens except for a whirr that rises in pitch. Then suddenly, once the barrel reaches full speed, hot lead begins to spew forth as the weapon emits a booming roar that sounds kind of like the noise I’d imagine a dragon to make if it got kicked square in the nuts.

And then those zombies? Well, they just kind of vanish. Erupting into bright red blooms of blood as huge, chunky splatters of gore arc up and out and over the room, like fleshy fireworks that cover the walls and floors with a glossy red sheen. It’s a wonderfully gory sight, like something out of an early Peter Jackson movie, but it doesn’t end there. The very next section puts you inside the tight confines of a train carriage, it loads you up to the eyeballs with minigun food and then, as the doors slide open to the next carriage, you’re offered up a straight line of fish-in-a-barrel targets to evaporate. It’s so over the top, and almost needlessly extreme but it just looks and feels so amazing to do. It’s the perfect introduction to this incredible gun too, and I dare you to try that section out and not end up with a huge smile on your face. And then, as you stride down that once full, now empty train with chunks of pixelated viscera dripping from the ceiling to the floor, I can pretty much guarantee that all you’ll want to do next is hear that minigun roar once more.

It’s good to be back on the Dreadnaught. Expansion The Taken King – like many others – was when I was most into the original Destiny, and so to revisit the reprised King’s Fall raid in Destiny 2 has been a weird homecoming for a series that still feels rather new. (Fun fact – King’s Fall is now seven years old. Where does the time go?)

From memory, it was a raid I was rather lukewarm towards, but whether due to smart tweaks by Bungie or a friendly raid group, it holds up far better than I expected. Destiny raids are some of the game’s most demanding activities – often too demanding in some cases – but King’s Fall strikes the right balance between giving everyone a role without putting too much pressure on one or two people to deliver, or to remember dozens of symbols or callouts.

It’s a welcome return, in other words. It’s also great to rediscover the Dreadnaught itself – a Giger-esque structure that few other Destiny destinations have matched for atmosphere before or since – and the view of Oryx spiralling towards Saturn after being blasted to pieces has yet to be topped as far as finales go. Let’s not forget it’s home to the most iconic jumping puzzles in series history either – where players navigate a confusing armada of ships and a ‘dick wall’ in the first and second half of the raid respectively.

What I’ve discovered is that, even if you’ve been away from Destiny for a while, it’s amazing how running a raid rejuvenates your interest in everything else. I’m now eyeing up other end game content with renewed vigour – do I start farming Lost Sectors, and dare attempt a Grandmaster at some point? – all in the knowledge it could make the next King’s Fall run a little smoother. As I say – it’s good to be back.

Earlier this week, I wrote a news story about Kevin Costner’s Waterworld, an indie game based on a joke made in The Simpsons from all the way back in the 90s.

For a quick bit of context on this, in the episode ‘The Springfield Files’, Bart’s friend Milhouse is seen inserting 40 quarters into an arcade machine of Waterworld, a game based on the panned and famously expensive film from 1995. He then takes on the role of Kevin Costner’s character, The Mariner. However, Milhouse only gets to take one step in the game before the machine proclaims he must deposit 40 more quarters to keep playing – something he swiftly does.

Now, with my job being what it is, I did not feel that I could report on this news without playing the game for myself. So, I downloaded the free PC game from Itch and set out to discover just what lies beyond that single step we saw Milhouse take in season eight.

Well, I am pleased to say I made it further than Milhouse. However, while this game is certainly amusing, my word it is infuriating.

Every time I got a Game Over (something that happened quite a lot, I won’t lie) I was required in-game to reinsert 40 quarters, while the game kept a running tally of how much I had spent in the top right corner. Thankfully, after the initial deposit which I painstakingly issued quarter by quarter with my mouse, all subsequent payments were made with big chunky fistfulls of coins, making the process a bit slicker. I do, of course, appreciate this is all part of the gag.

So, to conclude, Kevin Costner’s Waterworld, I both love you and loathe you. You have made me smile, that is most definitely the case. But even with a smile on my face, I am starting to get repetitive strain injury with all this coin work, and, to be honest, I am not sure how much longer I can ultimately keep this going for…